Home/News/Advantages of Mirrorless Cameras
Previous Next

What’s fueling the Rise of The Mirrorless System?

A lot of people ask this question to me and many internet forums. I do not doubt that the main reason for the rise and shift towards mirrorless cameras by manufacturers is financially motivated.

Smartphones come equipped with ever better cameras. The new technology race between smartphone manufacturers is now related to the quality of their cameras. Because the vast majority of the world’s population own and carry a smartphone with them at all times, there is little need for anyone to buy a dedicated portable camera. As such, the sale of small point and shoot cameras has declined significantly.

Let me mention some of the advantages of mirrorless cameras as I see it. This list is not finite, and I do not doubt that this list will grow as the years roll on. The list is not in any particular order other than how they came to mind as I wrote this article.

Seeing in The Dark

Mirrorless cameras will show you a live and real-time image that is representative of the current settings. So if you increase the shutter speed to allow more light to the sensor, you will see the scene becoming brighter in the viewfinder and the LCD screen. This brighter view enables you to frame a shot in the dark accurately, and it also assists you to gauge your exposure when using neutral density filters.

A mirrorless camera will show you a real-time histogram in the viewfinder or LCD as you compose and adjust your exposure settings. Being able to see a live histogram ensures you have a correctly exposed image. Yes, I am aware the histogram is based on the camera’s interpretation of a JPEG preview, and not based on the Raw file. However, it is an excellent benchmark.

Generally, mirrorless cameras are more compact and much lighter than DSLR cameras. 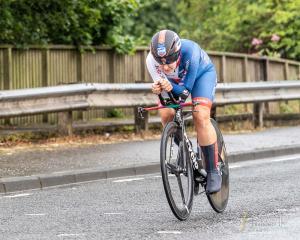 A DSLR camera uses a separate sensor to achieve autofocus. This separate sensor uses a system called phase detection to measure the distance of the object from the camera before “telling” the lens where to focus. For this system to be accurate, everything must be in perfect alignment: the mirror; the autofocus sensor; the lens motors and the image sensor.

A mirrorless camera does not have a mirror in front of the sensor, and therefore it doesn’t need to utilise a separate focusing sensor. A mirrorless camera uses the image sensor to focus directly, meaning there are no alignment issues and the focus in nailed every time.

This advantage of mirrorless cameras is one of the main areas where advancements will continue until DSLRs are left way behind.

This advantage is only relevant if you shoot in JPEG. Many people do shoot JPEG only and always will. As you change and adjust the white balance setting of the camera, you will see the difference in tone in real-time through the viewfinder or the LCD screen. 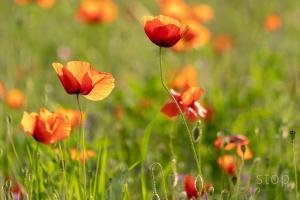 Using manual focus with a mirrorless camera is so much easier than a DSLR camera, especially in low light. Modern focusing aids like Focus Peaking and temporary zoom assist allow you to know that you have focussed accurately.

When Focus Peaking is enabled, the camera will add a highlight colour to areas of the scene that are in focus. This highlighting is visible in the viewfinder and the LCD screen whether you have zoom assist switched on or not. Regardless of the quality of your vision, you can always see the highlighting on the subject and know you have focussed correctly.

A Depth of Field Preview

When using a DSLR camera, it is difficult to imagine the depth of field in the final shot. Most DSLR cameras do provide a depth of field preview button, but they are less than accurate and will reduce the amount of light that reaches the viewfinder.

Because a mirrorless camera uses the sensor to project what you see in the viewfinder, you always have an accurate depth of field preview. No need for a separate button on the camera.

Yes, I know that this is a feature that can be found in DSLR cameras too, but modern mirrorless cameras can be set up to recognise one face in a crowd. A feature that is extremely useful when shooting a wedding. For example, you can teach the camera to remember and favour the Bride’s face above all others. This feature ensures that your camera will always focus on the Bride’s face, even when there is a crowd of guests around.

Now that Nikon has finally announced it’s full-frame mirrorless camera and Canon are about to announce theirs, 2019 will be the first year where all camera manufacturers have serious mirrorless cameras to satisfy both enthusiasts and professionals. Even although Sony and Fuji are years ahead of Nikon and Canon with their mirrorless cameras, it won’t take Nikon and Canon long to catch up. The technology genie is out the bottle, and I do not doubt that DSLRs will go the way of vinyl and carburettors.

What’re your thoughts? Have I missed any advantages? Please let me know.