10 Photographs You Won’t Believe Are From This World

10 Photographs You Won’t Believe Are From This World

In the past decade, photography has changed and advanced more than ever. Photography has now become an everyday thing, you no longer need a professional camera setting you back thousands of pounds. Now, almost every phone available on the market comes with a camera and not a bad one at that. There are an estimated 1.8 billion (Yes, BILLION) photos uploaded to the internet every day. Many of these photos are selfies from nights out, pictures of the cute dog you saw in the park and probably a couple of pictures of your Starbucks coffee, but every now and then there’s a photograph that looks almost too good to be true. One that you’d look at in awe and think there’s no way that was taken here, on Earth. Most of us don’t have the resources to visit all the amazing places our planet has to offer and see the real beauty of untouched lands and beautiful landscapes, and that’s where photography comes in. Here are 10 photos you probably won’t believe are real, let alone captured from Earth, all of which show the extreme beauty of our home planet and everything around it. 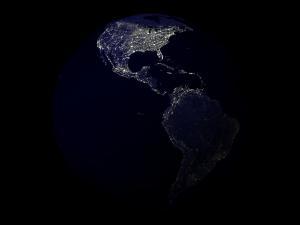 This one was technically not taken on Earth, but of Earth instead. Showing the ‘light pollution’ on Earth in contrast with the pitch black nothing surrounding it really has a beautiful effect. The image is breathtaking and we’re going to let this one slide and put it on the list! 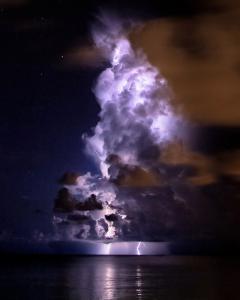 This photograph looks incredible, capturing the moment a thunderstorm produced lightning to light up the dull night sky. Taken from afar you can see the effects of the lighting as well as the bright bolts striking the ground beneath.

Milky Way above the Clouds Ocean 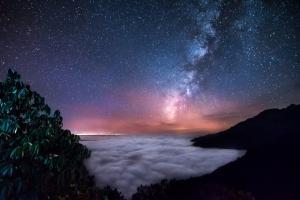 Taken by Yevhen Samuchenko and looking like something you’d see on the movie set of Avatar. This photograph depicts the Milky Way above the Himalayan Mountains, away from all the light pollution that often causes these views to fade out of view. 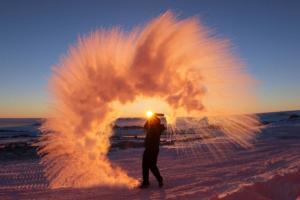 While not as visually breathtaking as the other photos on this list, this photograph depicts Mpemba effect in which warm water freezes almost instantly in the sub-zero Antarctic air. It’s a phenomenon that many of us will never see or experience and for that reason, I think it deserves a place on the list.

This photograph looks incredible, showing the beautiful night sky over Southern Africa and looking like something from another galaxy, it looks like something straight out of Photoshop, but we can assure you it’s 100% real. Showing once again, the Milky Way in ways you’ve never seen it before. 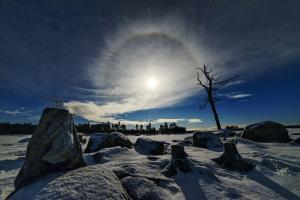 Looking like something out of Narnia, this photograph was taken over the Nizhnetulomskaya reservoir in Murmansk, Russia and shows a phenomenon known as a “moon halo” which is produced by light interacting with ice crystals suspended in the atmosphere, creating a ‘halo’ like ring around the moon. 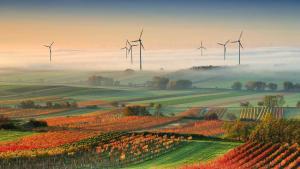 This picture took us a little while to figure out; looking more like a painting you’d find in an art gallery than a photograph, it depicts Edelstal in Austria and the windmills that stand tall in the wine fields of Burgenland. 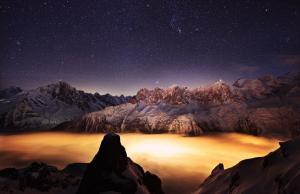 Taken at the ‘Brevent’ over Chamonix, this image shows a sea of clouds atop the French Alps with the view of the Alps in the foreground and the glowing night sky on the horizon. 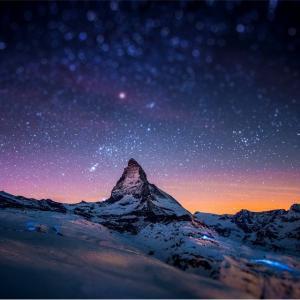 This photo shows ‘The Matterhorn’, a mountain of the Alps on the border of Switzerland and Italy. Showing, once again, the absolutely beautiful contrast between the night sky above the earth below. 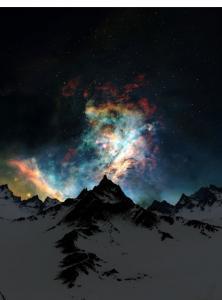 Another picture showing the insane colours and patterns displayed by the Milky Way when you happen to find yourself in the right place at the right time. The colours and image produced look almost too good to be taken from earth!

We're a team of like minded individuals with a passion for anything high speed, highly experienced in all levels of production, we specialise in facilitating slow motion cinematography for all projects.